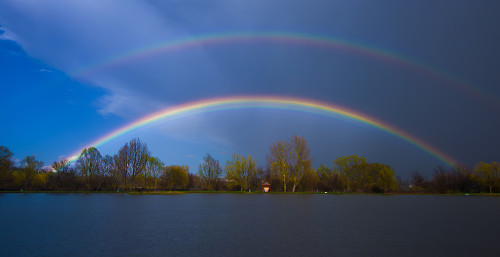 Written in the spring of 2014 for the site relaunch.

Way back in 2004, YourVolunteers was bitten by a radioactive spider. Wait. No, that's not right.

Way back in 2004, YourVolunteers' parents, Jor-el and Lara, placed him in a spaceship. Wait. No, that's not right either.

Way back in 2004, Primary Key Technologies, Inc. was approached by two of the coolest people on the planet, Al Rogers and Doug Doolittle, about creating a system that could better manage and schedule up to a thousand volunteers who would be traveling to a conference from around the world. The system could not be a simple signup form since the volunteers needed to be assigned based on the their availability and their interests without the volunteer managers having to go through a thousand sign up sheets. Quite honestly, we did not know how it could be done on the web given that web servers in 2004 were wind-up and whittled from single blocks of wood.

After months of experimenting, after consuming roughly four metric tons of coffee, and after more than a few tearful prayers to the gods of C-based programming code, we created something we found to be beautiful. Also, it mostly worked.

After the months of therapy needed to recover from the experience, we began creating custom versions of the volunteer system based on the original engine for other special events. Every creation was different. Every client was happy. Flowers were blooming. Double rainbows were everywhere.

For our readers too young to remember the Great Recession, it started when people in 2008 discovered the Twilight books and would stay up all night reading and then they would argue online all day about whether it was better to be on Team Jacob or Team Edward. Productivity in the workplace plummeted and it created a ripple effect that eventually led to the near collapse of the world economy. In his retirement, the former Secretary of the Treasury, Hank Paulson, postulated that if only the vampires did not glitter in the sunlight, the Great Recession may not have happened.

The Great Recession had an effect on the world of nonprofit organizations as well, the main purchasers of our custom volunteer systems. People had less income so donations were harder to come by. Also, the iPhone 1 came out in June of 2007. The list of organizations that were licensing our system each year became very short. Wilted flowers were everywhere. People pointed their faces toward the sun, but the dark grey clouds blocked its warmth.

Since we did not have much else to do, we then took the first step of thousands to create a new, automated system where an organization could come to the site and be up and running within minutes. Since we figured that we were probably going out of business anyway, we decided to give the system away for free and hope that advertising would cover our costs. We re-branded the service as YourVolunteers.

Amazingly, the people came, and they kept coming like ghosts to play baseball in a cornfield. Keep in mind that companies, governments and other types of organizations were greatly expanding their volunteer programs, if they even had one at all, since suddenly there was less money to pay employees. Also, those put in charge of the programs were already working 40+ hours a week and then they had to now manage volunteers so they found an online system where volunteers could schedule themselves to be really helpful. Just so that you know, we have kept every one of those kind emails that you have sent us thanking us for our work. For those of you who have sent us flaming angry emails full of hate speech, we hope that you have taken our suggestion to raise money and create your own free online system and then checked back with us to tell us how easy it was to manage it. If we included a line related to the consumption of excrement, apologies.

In 2013, we took the steps to create an all new system for the tenth anniversary of product in 2014. We decided that it was time to move towards creating a cloud-based system that would become the foundation of a much better system. To do this, we experimented with different cloud providers and platforms, different database systems, different programming languages and different methodologies to improve upon what we had. The first step was to pretty much throw out the older system and start over rather than building upon what we already had. In other words, we made a really stupid decision. It was like someone in Hollywood saying, "Hey, we should remake Psycho because people love it when you take a beloved classic, throw it out and then start over."

During the long, long, long process of re-writing more than a million lines of code, we certainly hated life at times and were tempted to give up, but we tried to stay focused on getting this new product released for all of you. Most of you, actually. Believe us, we were tempted when an offer came our way to become a sub-sub-sub-sub contractor on one of the US health care reform websites, but we did not feel that it really fit with our new company mission. Then, we found out how much was spent on those poorly done sites. Tears, lots of tears.

Yes, the old system really needed to be updated and yes, we were splitting our time doing a lot of contract work creating great big systems for other people, but all of that is done. We belong to you now. Be kind to us. 2016 Update: Nope, not done. Will code for food.

Here we are now in 2014, and here is our tenth anniversary YourVolunteers system. Yes, it is still free. There were so many changes that we decided to start the version numbering over at 1.0.0. Please do note that the new system is still in beta so the paint may need touching up in a few places. In all seriousness, remaking the classic was the best decision we ever made and the feedback, for the most part, has been really positive once we got past the transition period. Yup, that could have gone a little better.

This is certainly not the end of the road and we still have a long list of new features to build. Think of it as us just laying down the foundation for a new road and new road related metaphors. The road, like the one on which we traveled over the past ten years, will be windy and at times rough. The road will cross over single lane bridges. The road may take us over the steep grade of the Sierra Nevadas in a snowstorm. Keep sending us your suggestions and your suggested road related metaphors and we will start on them right after we brush our teeth for the first time in months.